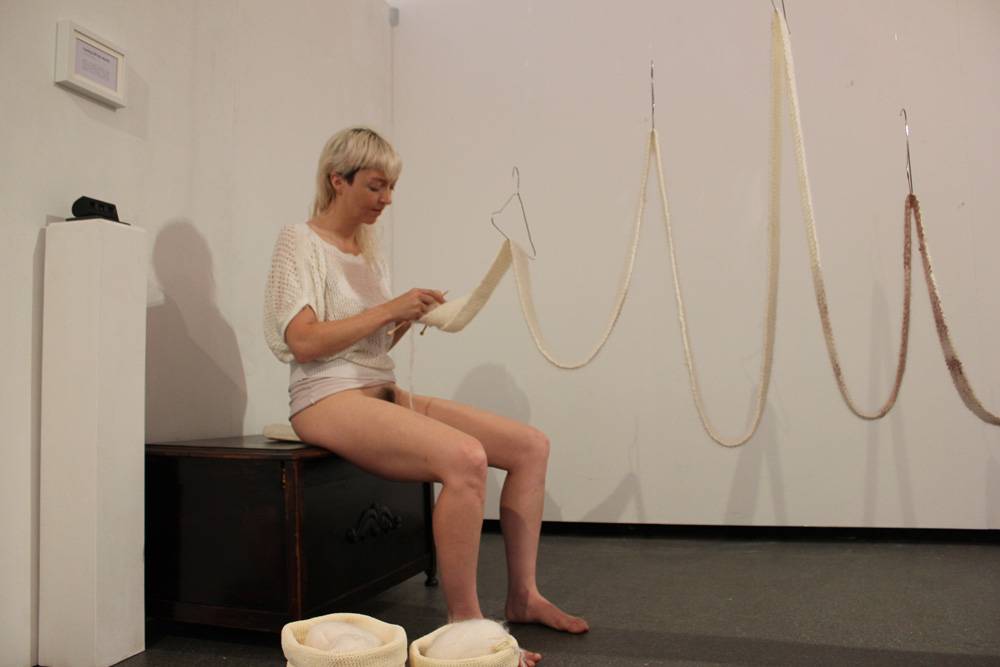 It scares me to live in a world where it is acceptable for a female celebrity to gyrate naked on a wrecking ball in her music video, whilst art that depicts the female body in its most natural form is repeatedly deplored and censored.

The vagina as a key motif of feminist art is nothing new. Jenkins’ work echoes Carolee Schneeman’s 1975 work Internal Scroll, a performance piece where the artist stood naked on a table, painted her body with mud, and slowly pulled a paper scroll out of her vagina as she began to read from it.

Female artists in the 1960s and 1970s fought for the vagina to be recognised as a political symbol rather than as a point of sexual fixation. Judy Chicago was criticised for her vaginal sculptures in The Dinner Party as being “ceramic 3D pornography.” It has been thirty-five years since Chicago’s iconic feminist work, and the same discussions about feminism and art are still occurring.

Australian photographer Philip Werner held an exhibition at 107 Projects in June last year titled 101 Vagina. The exhibition featured black and white photographs of vaginas from Werner’s coffee table book of the same name, aimed at “breaking down the taboo around vaginas and body image shame generally.” 101 Vagina attracted multiple police visits and numerous forms of censorship, with Redfern police requesting that the gallery shut the roller door and cover the windows, as well as remove signage from nearby streets (the posters didn’t display female genitalia, they merely contained the shocking and apparently taboo word: ‘vagina’). In a society where porn is readily available on the Internet, it seems ludicrous that art simply depicting a vagina is considered offensive. In the words of Greg Taylor (the Australian artist behind Cunts, an exhibition of porcelain sculptures of vaginas), “How did we come to be afraid of the place we all come from?”

101 Vagina is just one of many recent censorship targets in Australian culture. Isabella Manfredi, singer of Sydney band The Preatures, wore a t-shirt saying F##K ABBOTT, #SEXAPPEAL at the Vanda and Young Songwriting Competition in August last year. Manfredi’s political statement was consequently censored, with the word ABBOTT photo-shopped out in media photographs of the event.

It seems as though the core of current Australian censorship is concerned with precaution rather than reaction. Where does that leave future generations of feminist artists? Unable to create work that is socially and politically challenging due to Australian censorship that is based on cultural confines as opposed to actual laws? When is Australia going to recognise the importance of controversial art as an instigator of essential social critique?